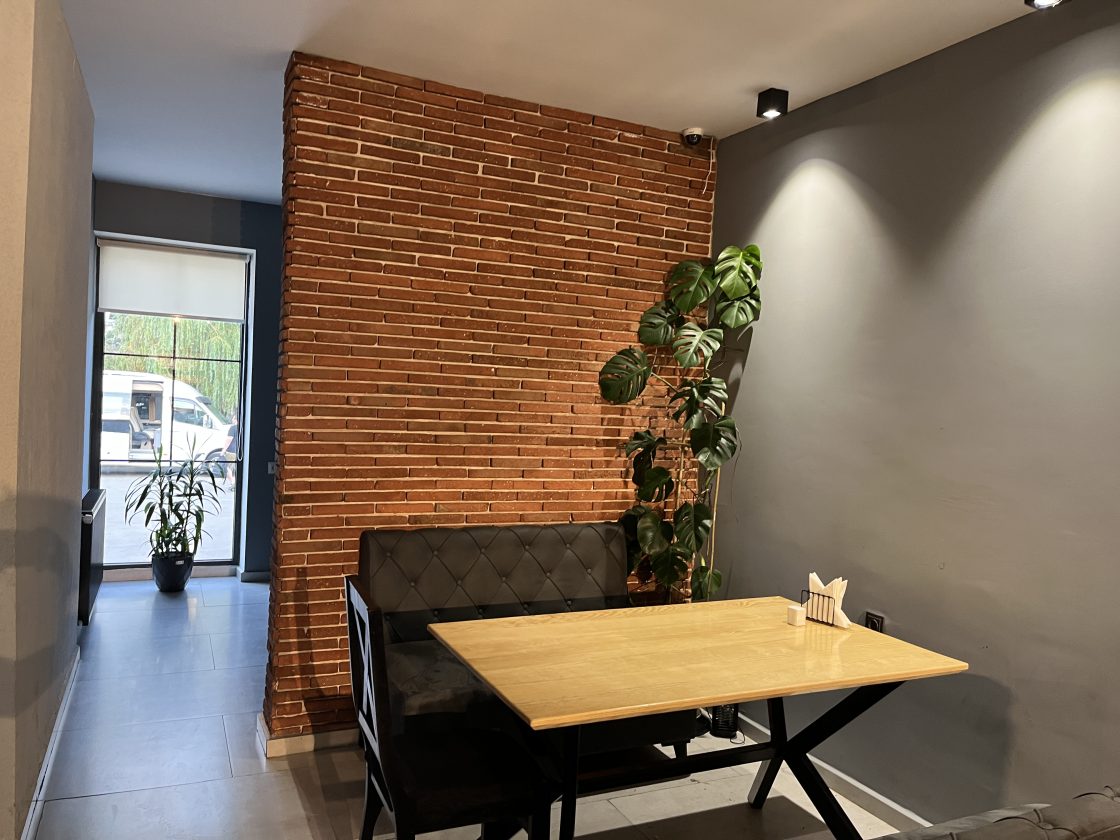 If you enjoy discovering new places and love exploring the local cultures, you will agree that trying local food is the most crucial component of such adventures.

If you want to spend your vacation in a chilly place and plan to discover exciting places where you can enjoy nature and taste local dishes in a modern and cosy environment, in that case, it’s time to start packing your bags to go to Tsalka.

In this article, we walk you through how Elena made visitors to Tsalka remember the municipality with delicious food and beautiful surroundings.

Elena Chamurlidi is the owner of the restaurant “Pontia” in Tsalka and the winner of the EU-supported project “EMBRACE Tsalka” grant competition.

The restaurant offers a wide variety of dishes, including traditional Greek cuisine and fresh fish. She believes unique local businesses are crucial for local community development, economic empowerment and promotion of the region.

After her father’s death, Elena, a young woman, took on managing the business. Elena wanted to modernise the restaurant and expand her company for a long time. Last year, Elena submitted her idea to the EU-supported project ‘EMBRACE Tsalka’ grant competition and received 82,000 GEL in funding.

“I want to make a good impression of the municipality with my restaurant to guests who visit Tsalka. I have been running a family business for years and wanted to modernise the restaurant. With the financial support of the European Union and personal investment, I made my business more comfortable and modern. After the reconstruction of the restaurant, the number of customers increased.” – says Elena 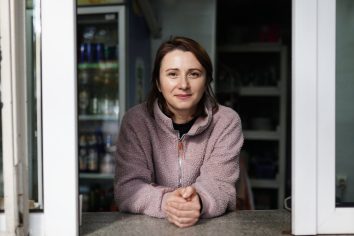 With the European Union’s support, Elena could renovate the restaurant and interior and exterior space and purchase new equipment, making the environment created years ago much more comfortable and cosy. The restaurant’s interior is designed in a minimalist style, equipped with all necessary modern equipment. 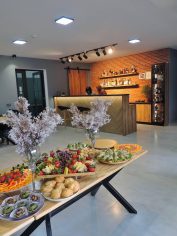 “The quality of service alone will not bring success if the restaurant does not respond to modern requirements. Without this grant, I would not have been able to implement my plans and vision for business development. I have been thinking about these plans for a long time, and now the financial support of the European Union and CENN has enabled me to implement my plans,” – says Elena. 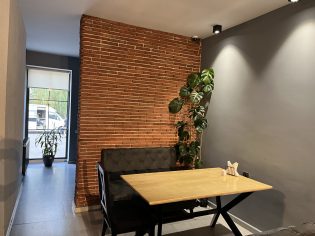 All members of Elena’s family assist her in managing the restaurant. In addition, Elena also employs six locals, most of whom are women. Elena is an active citizen and, beyond her own business, seeks to contribute to the protection of women’s rights locally, the economic empowerment of women, and the elimination of gender inequality, which is particularly acute in the regions.

Elena believes that rural women can run a business or lead in their community based on her example. Should create more economic opportunities in rural areas to increase women’s public involvement and independence.

“Women living in rural areas play an important role in the economic and social development of rural areas. Empowerment of rural women is important for the well-being of individuals, families and rural communities and economic growth in general. The projects financed by the European Union create significant social and economic opportunities for the locals’ empowerment and municipality’s development,” – says Elena.

Elena is of Greek origin. She is fluent in English, Greek, Turkish, Russian, and Georgian. She received economics abroad, which allowed her to run her own business. Elena also oversees marketing and organisational leadership.

Elena’s business idea is one of 55 local projects funded by the Tsalka Local Action Group (LAG) with EU support. Within the framework of the EU-ENPARD “EMBRACE Tsalka” project, the Tsalka LAG, together with the organisation CENN, has been working for the third year in Tsalka Municipality on rural development, strengthening the economy, and integration of vulnerable groups. Supported project activities cover tourism, agriculture, non-agricultural, commercial and educational areas.