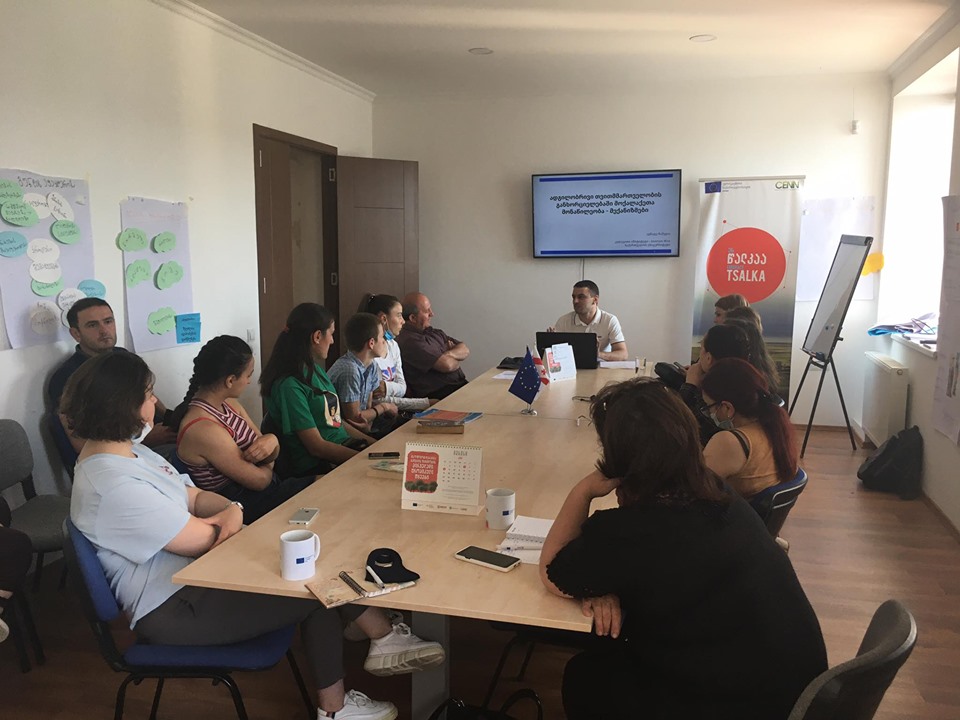 July 4, 2020. Tsalka Municipality – within the framework of the EU ENPARD-supported project “EMBRACE Tsalka”, a training on different mechanisms of citizen participation in the decision-making process for the members of the Tsalka Local Action Group (LAG) and Tsalka LAG Meditation and Civic Engagement Comity (MCEC) took place.

As one of the priorities of the EU LEADER approach is to solve local community problems through participatory planning and strengthening local involvement, the main goal of the training was to promote community involvement in solving local important issues in Tsalka Municipality. In particular, the provision of information on the mechanisms needed to involve members of the Tsalka LAG and MCEC in decision-making processes, and development of appropriate mechanisms to address local issues and solve them.

The training also discussed the local self-government budget figures and priorities of Tsalka Municipality and compared the budget priority needs identified by the participants in general.

The training was attended by 19 participants. The knowledge gained during the training will be used by the Tsalka LAG MCEC to improve cooperation and advocacy with local governments and strengthen the participatory planning mechanism.