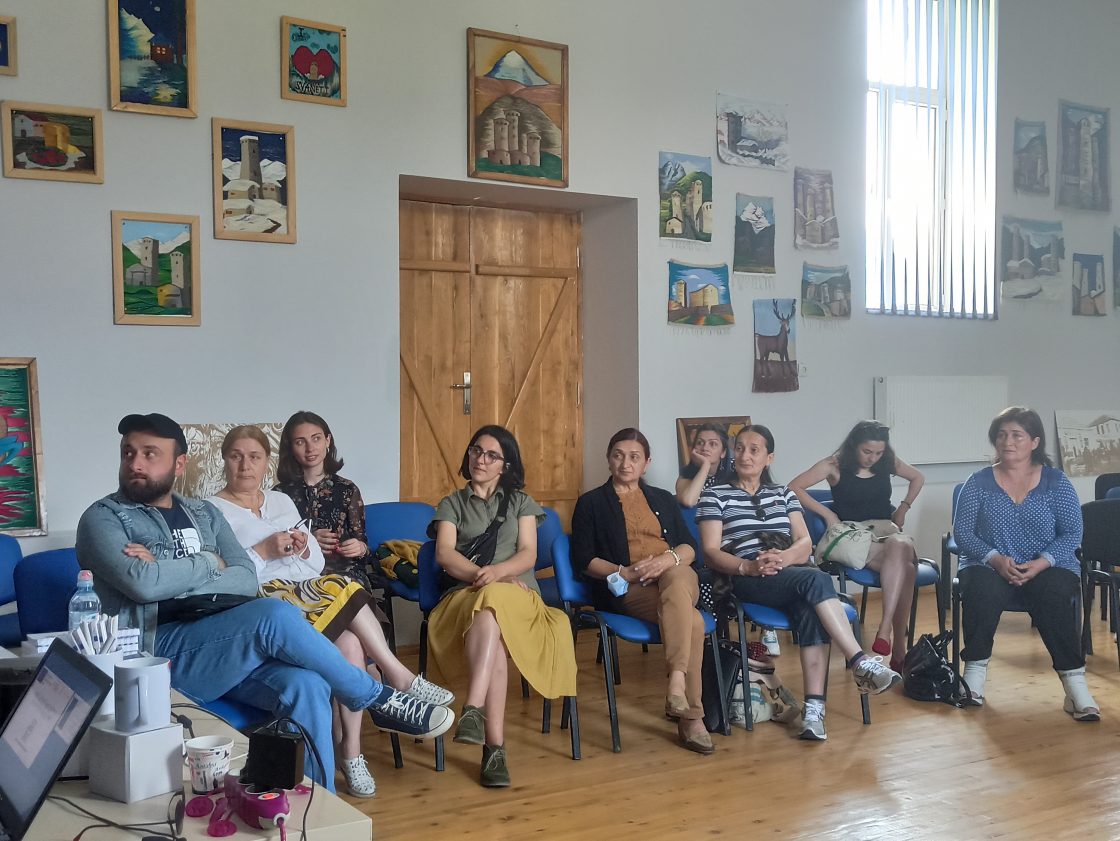 The aim of the study visit was to exchange information and share successful work practices. During the visit, Upper Svaneti LAG members provided detailed information about their work experience, successful examples of project implementation, challenges and successful practices of cooperation with various stakeholders.

Within the study visit, the Tsalka LAG members became acquainted with the results of the first grant competition of Upper Svaneti, visited the Shield Youth Center, guesthouses and places of interest. In order to better understand the needs of the municipality, the Tsalka LAG met with the Mayor of Mestia Municipality and his representatives.

During the visit, Tsalka LAG members shared their experience and future plans with the Upper Svaneti LAG. At the end of the visit, the representatives of the LAGs agreed upon future cooperation and possible joint activities to build good relations between the municipalities and the LAGs itself.