Tsalka Local Action Group (LAG), Tsalka Municipality, and CENN Signed a Tripartite Memorandum of Cooperation with the Support of the EU 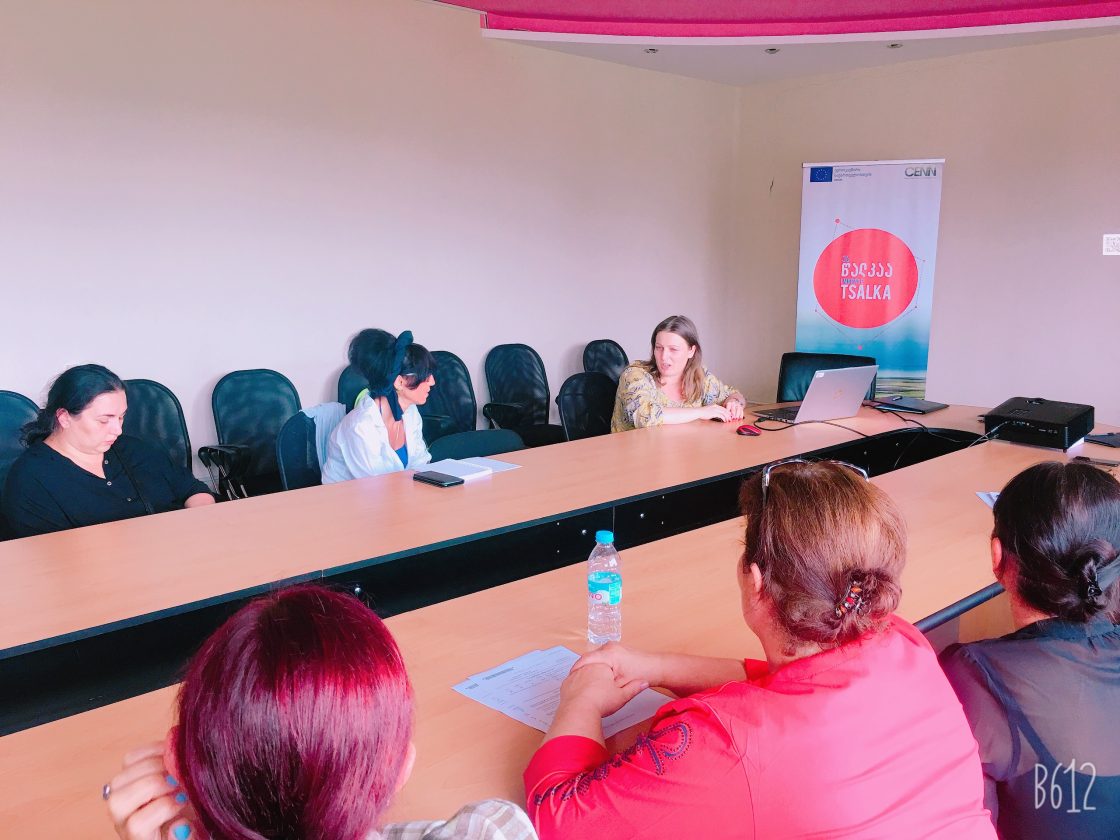 July 27 2020.  Tsalka Municipality Within the framework of the EU ENPARD program supported project “EMBRACE Tsalka”, a memorandum of tripartite cooperation was signed between the Tsalka Local Development Group (LAG), Mayor’s office of Tsalka Municipality and CENN. The memorandum will help strengthen cooperation between the state and non-governmental sectors within the framework of the project “EMBRACE Tsalka”, improve the standard of living for people in Tsalka municipality as well as improve the socio-economic situation.

The agreement will facilitate the implementation of important joint projects in the municipality and the cooperation of the Mayor’s office of Tsalka municipality with both CENN and Tsalka’s LAG. In particular, joint cooperation will ensure the implementation of the local development strategy developed by the Tsalka LAG, including: providing access to clean drinking water for the people in village of Ozni.

This agreement is an important part of the European LEADER approach, which will enhance cooperation between the Tsalka LAG civil-public and other sectors. “The LAG is an institution, an organization that is one if not the only strong partner for the municipality, because it  improves communication and access to accurate information for all stakeholders. The goal of strengthening the LAG is to give the municipality a strong partner on the ground that will successfully implement the LEADER-in-practice (bottom-up) approach to effectively fulfill its national responsibilities while improving the quality of life and socio-economic status of the locals.” – Nana Janashia, CENN Executive Director.

“We welcome the existence of the LAG and declare readiness to cooperate with this group. This year we have already identified the issue of joint cooperation and we will do our best to achieve common goals and fulfill our responsibilities” – Ilia Sabadze, Mayor of Tsalka Municipality.

According to Nino Tsipiani, the chair of the Tsalka LAG, the Memorandum makes it clear that the Tsalka LAG is an association based on the European approach in terms of participatory planning and implementation, whose main goal is to solve local problems through a participatory bottom-up approach: “I appreciate the contribution of the European Union and this approach in particular, because this is the only project in the municipality that has the form of community mobilization, where, in fact, the locals actually participate in a decision-making process and the results are tangible.”

The parties within the tripartite memorandum will continue working together on local community problems and needs until 2022.