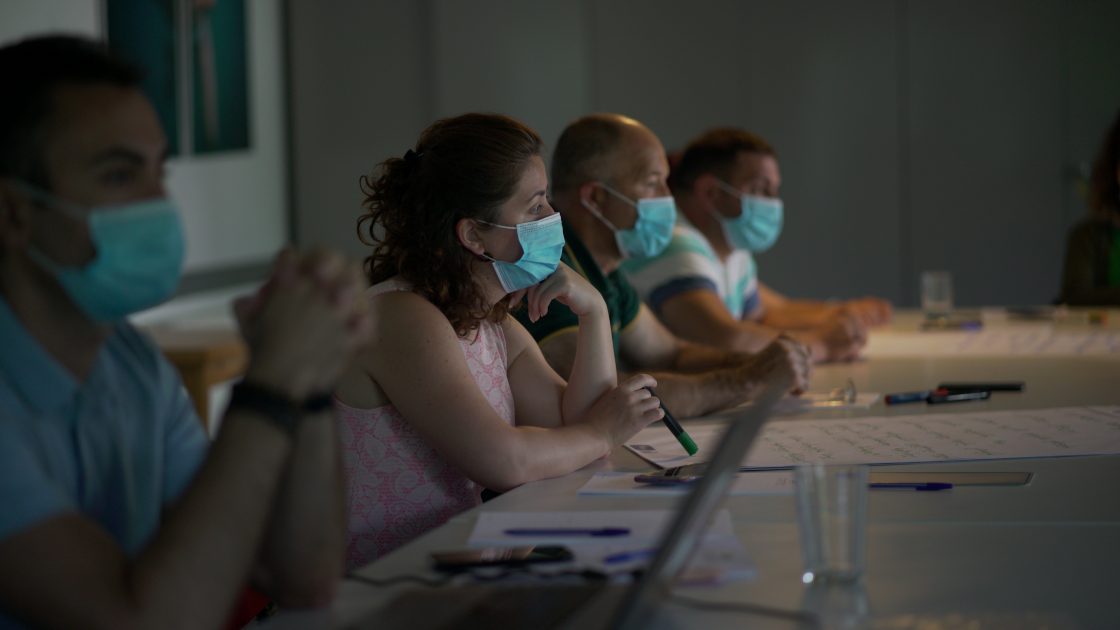 The main purpose of the meeting was to become acquainted with and develop detailed mechanisms for monitoring and evaluating the action plan of the Tsalka Local Development Strategy developed within the framework of the project “EMBRACE Tsalka”.

For two days, members of the Tsalka LAG have been actively working with experts to develop mechanisms for implementing and evaluating activities under the Tsalka Local Development Action Plan. During the first phase of the workshop, Tsalka LAG discussed in detail the tasks outlined in the action plan and the activity indicators, and in the second phase, the first working version of the document was developed.

During the workshop, experts shared with the participants other successful EU ENPARD project examples of strategy implementation and discussed the possible threats and advantages of the implementation of the Tsalka local development action plan.

The action strategy developed during the workshop will be used by Tsalka LAG at different stages of the project “EMBRACE Tsalka” implementation process in Tsalka municipality.