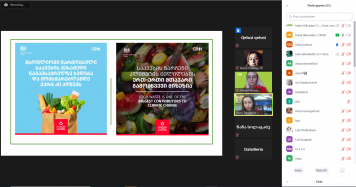 On April 13-26, CENN together with EMBRACE Tsalka and GEO-CAP projects hosted up to 250 participants as part of the online environmental awareness raising social evenings to join a global campaign and celebrate Earth Day. 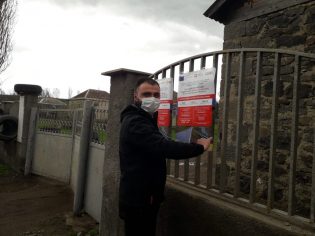 In order to disseminate information about the announced grant competition, the Tsalka LAG started to visit the villages of Tsalka Municipality and inform the population through EuroBus on April 19. 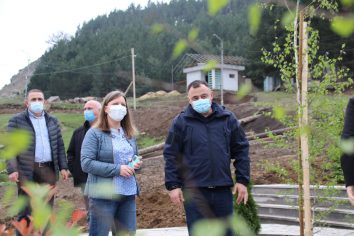 EU-supported Tsalka Local Action Group (LAG), together with CENN, has joined the large-scale campaign to celebrate Earth Day with Mr. Gogi Meshveliani, Majoritarian MP of Bolnisi, Dmanisi, Tetritskaro and Tsalka. Within the campaign Tsalka LAG organized a tree planting campaign at five different locations in Tsalka Municipality, including Bareti and Tsalka N1 Public Schools with the active involvement of Tsalka LAG members, teachers, and students. As part of the planting campaign, 50 trees were planted around the territories of the schools. Up to 120 people took part in the event.

as part of a project supported by the EU ENPARD program, CENN, in collaboration with the Tsalka Local Action Group (LAG), is announcing a grant competition #StrongerTogether for Tsalka Municipality youth.

On 13-20 April, 2021 join our cycle of online environmental social evenings as we come together to make clear that climate action and restoration cannot wait. Cycle of online social evenings focuses on natural processes, emerging green technologies, green entrepreneurship and innovative thinking that can restore the world’s ecosystems. 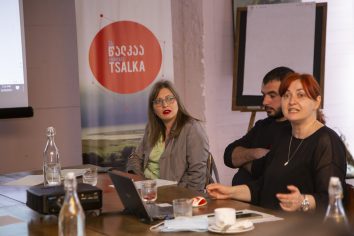 With the Support of the EU, CENN and Tsalka LAG Announce Grant Competition for Tsalka Municipality Schools to Mark Environment Days 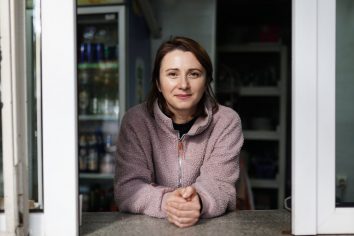 Elena Chamurlidi is the owner of the restaurant “Pontia” in Tsalka, Kvemo Kartli, and the winner of the EU-supported project “EMBRACE Tsalka” grant competition. The restaurant was opened by Elena’s father many years ago.